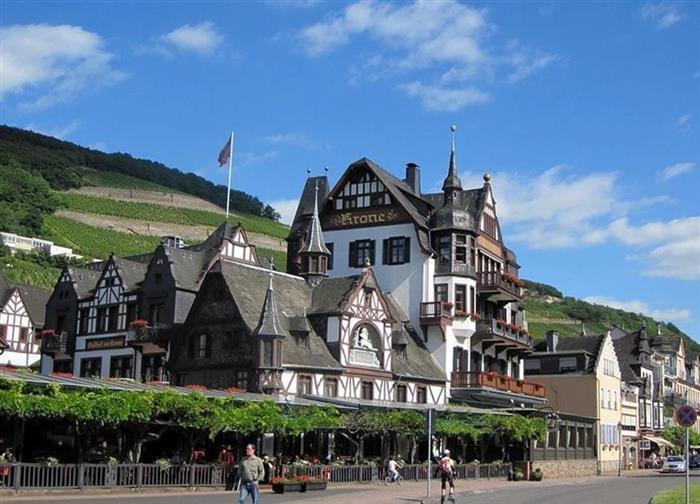 In the romantic Assmannshausen, the Gasthaus Krone has been nesting beautifully by the banks of the Rhein for a good half-century now. It has been run as a privately-owned inn since 1772 and had it’s own winery from 1860-2006 with a natural cellar built into the cliffs.

The winery, now owned by Tom Drieseberg and Anja Wegeler-Drieseberg, is today one of the youngest members of the VDP in Rheingau and reaps national and international appreciation as a top-end, traditional-style winery. And with plots on famous Assmannhauser Höllenberg, to no surprise, they make remarkable Spätburgunder! Their Pinot Noir or Spätburgunder makes up 80% of their grape varieties with Pinot blanc/Weissburgunder (15%) and Riesling (5%) making up the rest. 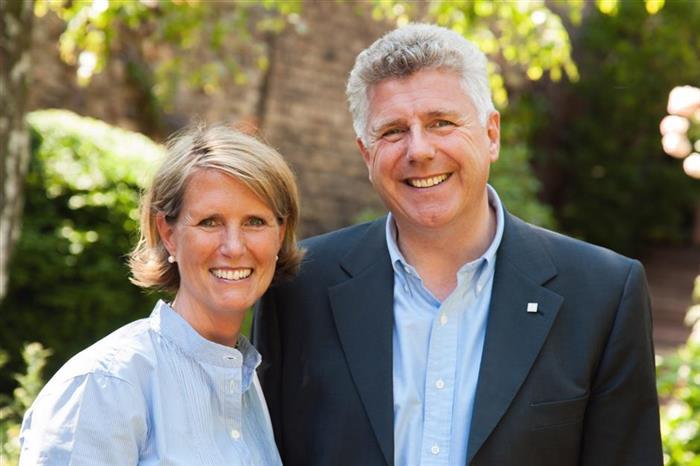 The red wine tradition on Höllenberg can be dated back in time even further than the old Gasthaus Krone – and thus the site beams of history. Krone has 3.5 ha with exclusively old Spätburgunder, low-yield vines on Höllenberg. The site has an inclination between 40-60% which makes it one of the steepest in the region giving some edge to it’s name ‘Hell Mountain’. One can almost picture the passionate wine makers of the Middle Ages climbing the dangerous hellish slopes for the best Spätburgunder grapes or ‘Klebrot’ as it used to be called (and are still by a very few). Well worth a visit. 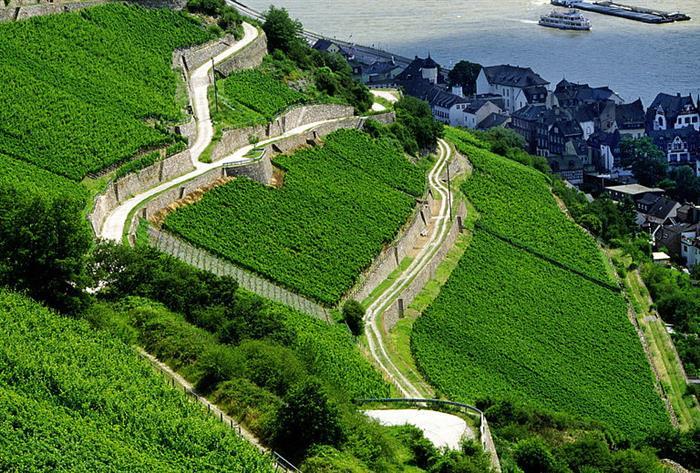 One thing, that makes Krone special is their dedication and patience in the cellars. They are firm believers in aged Spätburgunder and give even their entry-level wine two years of aging before releasing them from their cellars. Their Erste Lage wines receives four years, Grosse Lage five years and their top-wine, Jewel, is kept for six years. Burgundy oak is used to amplify the character of the Spätburgunder as ‘it kills poor wine and makes great wine even greater’. 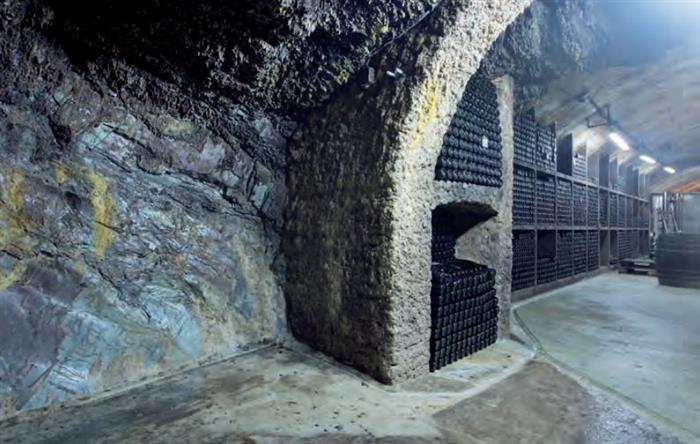 We had the pleasure of tasting some of Krone’s wines last year and this is how we scored them:

Thanks Tom, I'm sure that will happen soon. Glad you enjoyed the article.

Tahnk you Kim, this is a great article about Pinot Noir, Assmannshausen and Krone. Hope to meet you soon to show you the next vintages. 2014 JUWEL & 2015 Höllenberg (first vintage officially declared as GG) will be released shortly. BR Tom