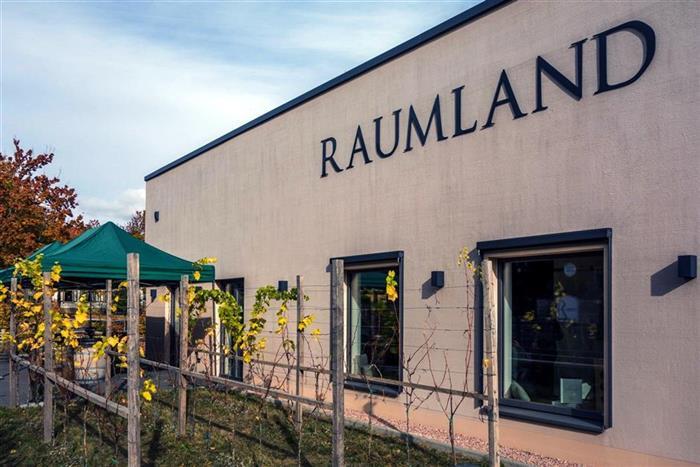 NYE is coming! Time for bubbles to flow with the fireworks and glittering clothes and rich tables. And why not try some of the best sparkling wine of the world with that... yes, we said sparkling wine - not Champagne (this time).

While the last left-overs from the Christmas table is consumed and the final dashes from the red wines are poured up, a short break is just in between the biggest party of the year: New Years Eve! Which is also the biggest celebration of Champagne and other sparkling wines around the globe. In this context, it is well worth time to mention, what we found to be the best sparkling wines found outside of the obvious area in 2018: Raumland sekt.

Sekthaus Raumland has been celebrated for some years now as one of the best sparkling wine producers in Germany. At blind tastings, not so blind tastings, festivals, and competitions, they have repeatedly scored high and won medals and can pride themselves of characters from 87 and up in prestigous wine review works such as Gault-Millau, Vinum, Falstaff, and Eichelmann. 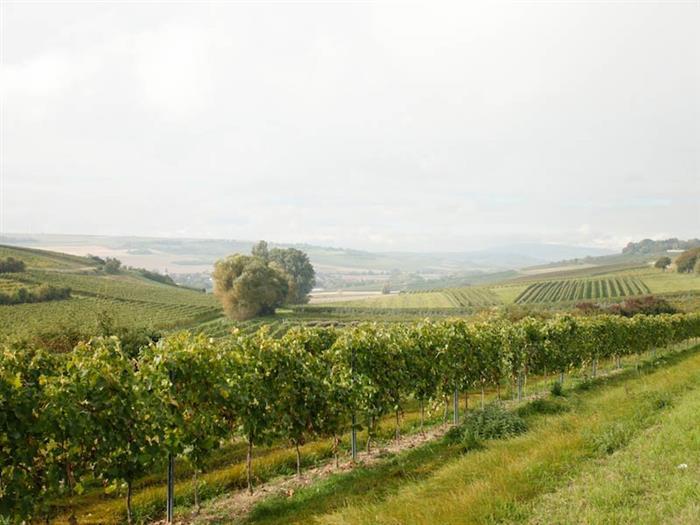 The sekthaus is founded by Volker and Heide-Rose Raumland. They have been settled in Villa Merkel in Flörsheim-Dalsheim in Rheinhessen with kellerei in Mölsheim since 1990 and 1993, respectively. Before then, Volker also worked with sekt in various places in Europe being in love with sparkling wine from a younger age.

Since 2016, they have also had a wineshop on premises which is very well visited. However, Volker and Heide-Rose do not make sekt to sell, they make sekt for themselves first and then some for others to buy. And speaking of others, they also help other winemakers with their sekt. In their Kellerei, they have one million bottles – 800.000 of their own and 200.000 from others. 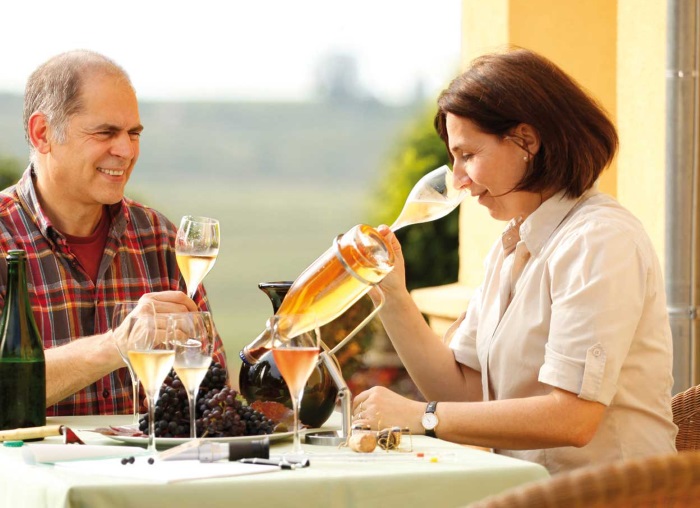 For their production methods, they believe in time and temperature – The wine sits long on the yeast in the cool cellars, it’s done when it’s done. Their image of great sparkling wine is Champagne, but they don’t do imitations. They make Sekt, not Champagne, their own product and their driving force is that ’Qualität geht immer noch besser’ – Quality can always be improved.

Their endevours are yet too young to be an heirloom, but their two daughters, Katharine and Marie-Luise, after which two of their sekts are named, may yet take up the challenge of bringing the name of Raumland to coming generation as they have reached an age in which to decide, whether they wish to go into winemaking – perhaps we’ll learn in 2019.

We met the Raumland couple at ProWein 2018 and here is how we scored their wines: