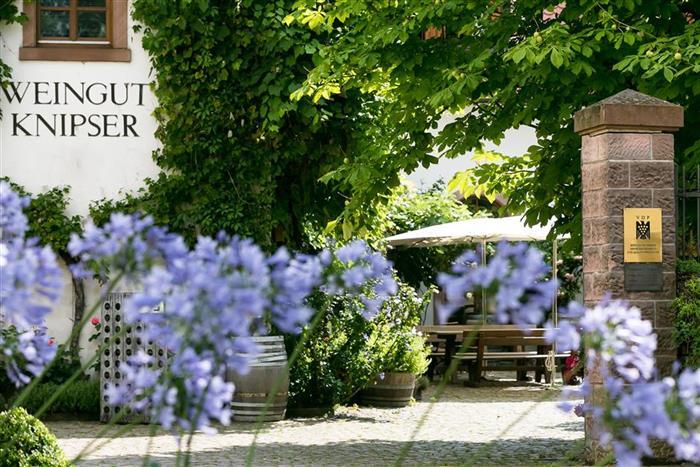 Weingut Knipser is a family business that can trace its family background all the way back to the late 16th century Tirol. Interestingly, the Knipser logo is the original coats of arms which was granted to the family in 1582. Today, the family resides in the small town of Laumersheim in the Eckbach valley, where the hills meets the plain. Rumours of a hobo giant in the landscape are whispered in the area sometimes, but we have never encountered any such creatures in Pfalz. Still, the legend adds to excitement of this areas' splendid wines. 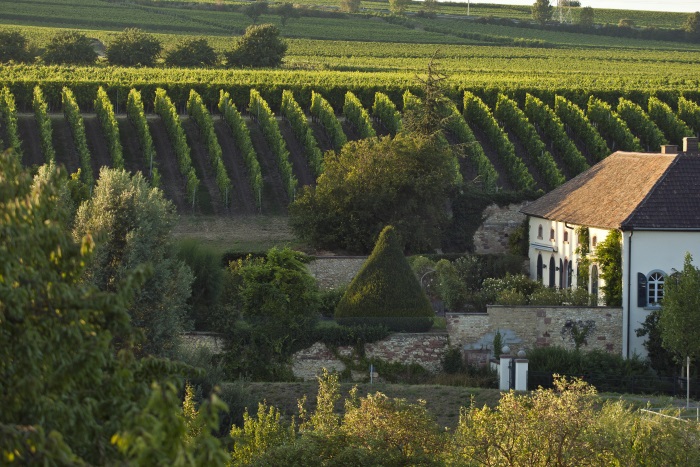 The family's 40 hectares of vineyards are located in Laumersheim and nearby Grosskarlbach, and Dirmstein. The family produces almost exclusively dry wines, which has been the trend in Pfalz for some years. Since the '80s, the vinery has also produced a good amount of red wines, which quickly reached an international standard and as of late has proven to reach true excellency. As the vinery focusses on quality beyond all, they take pride in their membership in VDP and their Grosses Gewächs Rieslings and Spätburgunder.

The Knipser vineyards stretch from the neighbouring village of Dirmstein in the north to the Freinsheimer Höhe in the south. Their single vinyard wines are from:

Großkarlbacher Osterberg
Sand and pebbles from the Rive Rhine dominate this windy site with a top layer of loess soil, where the family produces some of their Erste Lage varieties.

Laumersheimer Kapellenberg
Further dominated by sand and pebbles with a more sandy top than Osterberg, this site produces some fine, fruity, and elegant Erste Lage Rieslings, typical for this region.

Dirmsteiner Mandelpfad
The last GG site faces south and is dominated by loess and limestone. Here, the family also produces the typical Bordeaux grapes as well as exceptional GG Rieslings.

Clearly, the family is not afraid of taking chances as they plant very untraditional grapes even in the best of their sites. And it seems their courage continues as they currently experiment with the typical Spanish grape Tempranillo. 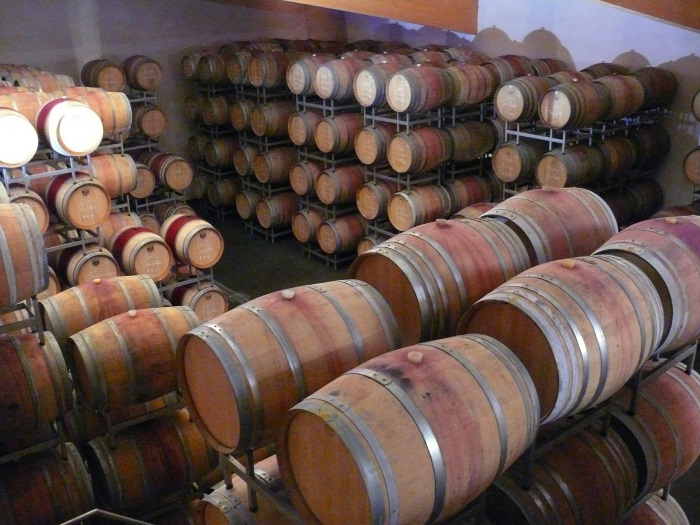 We met the winery at Prowein in Düsseldorf for a small tasting and a chat. This is how we scored their wines: