Franzen - The Rise of Bremmer Calmont 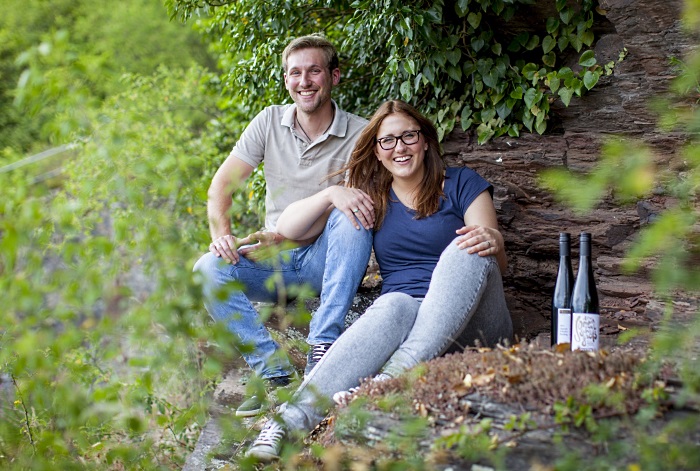 Having to pick up the reins quite early in their lives, after the tragic death of Kilian's father in June 2010 - Uli Franzen - while working in the vineyard, was not a smooth procedure. They describe the following autumn as absolutely horrible. On top of their grief, they had to to juggle their studies (Oenology in Geisenheim) whilst working in the vineyards and cellar. Scarcity of grape pickers and bad, damp weather was another punch in the stomach. But the young pair powered through and the results of their efforts show today. Together, they brought Bremmer Calmont back to life which became part of the motivation behind Austrian magazine Falstaff's award of Franzen Newcommer of the Year 2018. 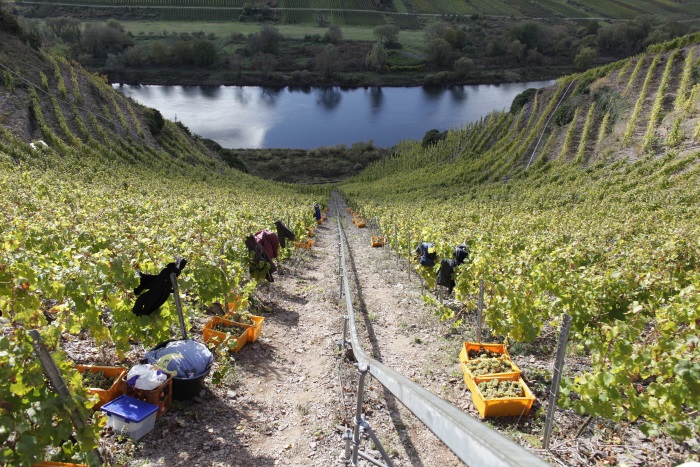 Hence, Bremmer Calmont is the main attraction from Weingut Franzen. It has been described as probably the steepest vineyard in Europe - if not the world. Definitely worth a visit if in the area! The wall-like hills were originally left untouched by other producers as it was considered too difficult to farm. Uli, however, took up the challenge and today the vines, he planted, are cared for through networks of rail chairs. It's a technique that is used in many places along the Mosel, but on Bremmer Calmont it's more than a convenient tool - it's a vital necessity. 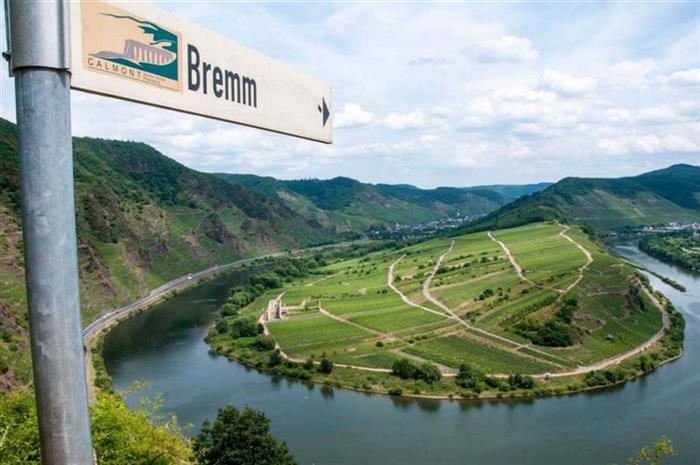 In addition to Bremmer Calmont, Franzen also cultivates grapes on Neefer Frauenberg and opposite Bremm near the convent ruins "Kloster Stuben". All together, they are three hardworking full timers, who produce about 70.000 bottles a year and farm more than 70 ha of land. They specialise only in modern dry wines, for a modern market, with 90 % riesling grapes, 5 % burgundy varieties, and 5 % of the less known elbling. 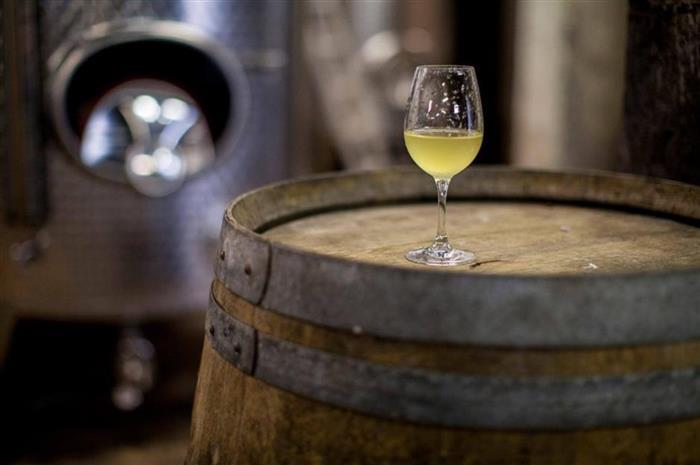 Bearing the young age of the wine growers in mind, they have already showed considerable talent and will be most interesting to follow the comming years. We excitedly tasted their wines and here is how we scored them:

The wines for this tasting were submitted by Propperiet Vin Import