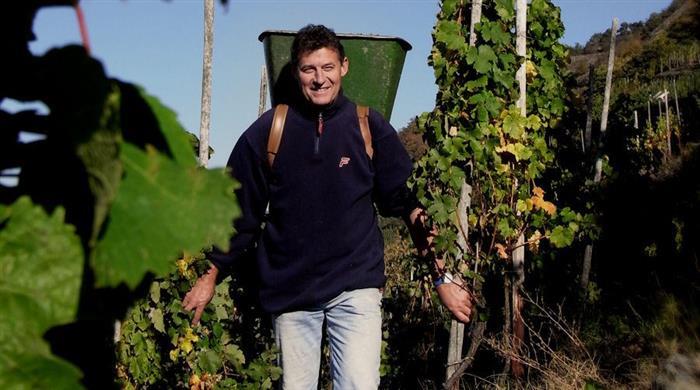 Moving on south from Piesport, the Mosel river takes a sharp bend around Trittenhem. A city that houses a dozen of great wineries and many of them bear the name Eifel. One of them is Franz Josef Eifel who leads the family winery as 4th generation. Eifel brings out his elegant Rieslings from vineyards around Trittenheim called Trittenheimer Altärchen, Trittenheimer Apotheke and Neumagener Rosengärtchen.

Franz Josef Eifel took over from his father in 1985 and in this area Riesling is king. Which is why only a small part of the production comes from Weißburgunder. The annual production is around 30.000 bottles. The winery is organic and like most in the area, the fermentation is spontaneous.

We came by earlier this year for a tasting and a chat about the wines.