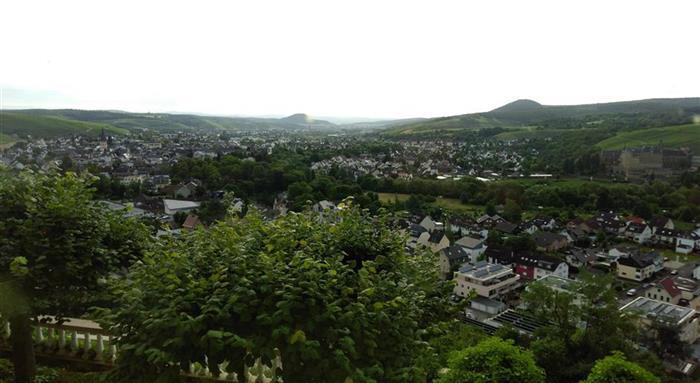 Located in the valley of the river Ahr and with only 558 hectares this wine region is one of Germany's smallest. Despite being in Northeast of Germany, the Ahr vineyards are known to have a "Mediterranean" micro climate. This surprising fact means that Ahr produces red wines primarily and red grape varieties account for 86% of the vineyard area, which is more than in any other German wine region.

Ahr is also the world's most Northern wine region dominated by red wine and quite a hidden gem featuring stunning views and outstanding Pinot Noir. Most of the wines never leave Germany, though, as the area had a sketchy reputation up until resently. It used to be home to dreaded, sad Liebfraumilch reds, but since the 1990's a red wine revolution of excellence have turned this area in to one of the most interesting and cutting edge wine destinations to visit.

We visited the region in July earlier this year and this time around we called on Burggarten, Peter Kriechl and Maibachfarm.